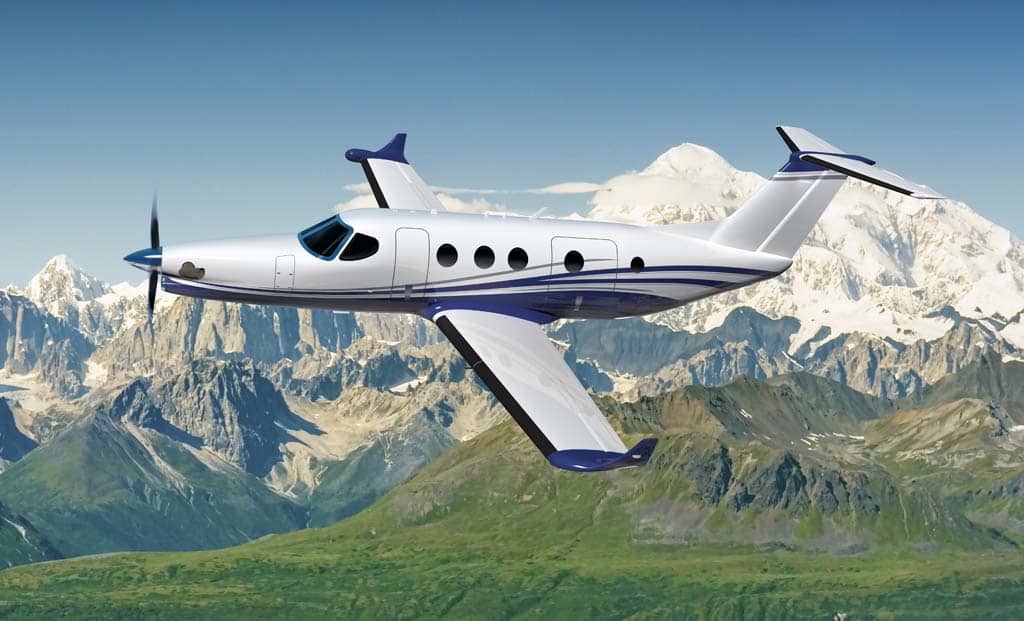 At the Oshkosh fair in 2015 Cessna announced that it was working on a new single-engine turboprop, and a year later it has shown a model of the cabin. The Denali, as this plane has been named in honor of the highest mountain in North America, will fly for the first time in 2018 and will accommodate up to ten passengers and a pilot, although the most usual configuration should be presented in the Model, with eight seats including the pilot.

In the presentation of the plane, Kriya Shortt, senior vice president of sales and marketing for Textron Aviation (the new brand that groups Beechcraft, Cessna and Hawker) said: "Denali will enter the market as the top aircraft in its segment. It's already gaining interest and we're getting engagement letters for its winning combination of features, including best-in-class performance and acquisition costs, as well as the widest and most comfortable cabin in its segment. "

The floor of the Denali cabin will be flat and this can be quickly transformed for cargo transport, for which has on the back of a door of 1.35 by 1.50 meters. Also in the back of the cabin will have a loo with seatbelt, while in the front section you will find a cabin with cold drinks.

According to Cessna data, the Denali will be able to fly at 285 knots, while its high cruising range, with four passengers and a pilot will be 2,960 km, which will cover segments such as Los Angeles to Chicago, New York to Miami, or London to Moscow. The fuel capacity of your tanks is 1,100 pounds. The avionics will be the Garmin G3000 with touch screens.

The pressurizing system will maintain a cabin altitude of 6,130 ft with the airplane flying to its 31,000 ft ceiling.

To power it has chosen the new General Electric GE93 engine with 1,240 SHP of power and developed to compete directly with the Pratt & Whitney PT6A with which it shares dimensions, but with a lower fuel consumption. This engine will move a new five-bladed McCauley propeller 2.68 m in diameter, constant speed and flag, reverse thrust and ice protection system. The time between overhauls of the GE93 will initially be 4,000 hours.