The Airbus A340 is a long-range, four-engine, wide-body commercial passenger jet airliner produced by Airbus. Some of its versions seat up to 475 passengers. Airbus manufactured the A340 in four fuselage lengths. The A340-600 was the world's longest commercial aircraft (247 ft 3 in) until the Boeing 747-8 made its maiden flight. The A340-300 is the most widely used model. 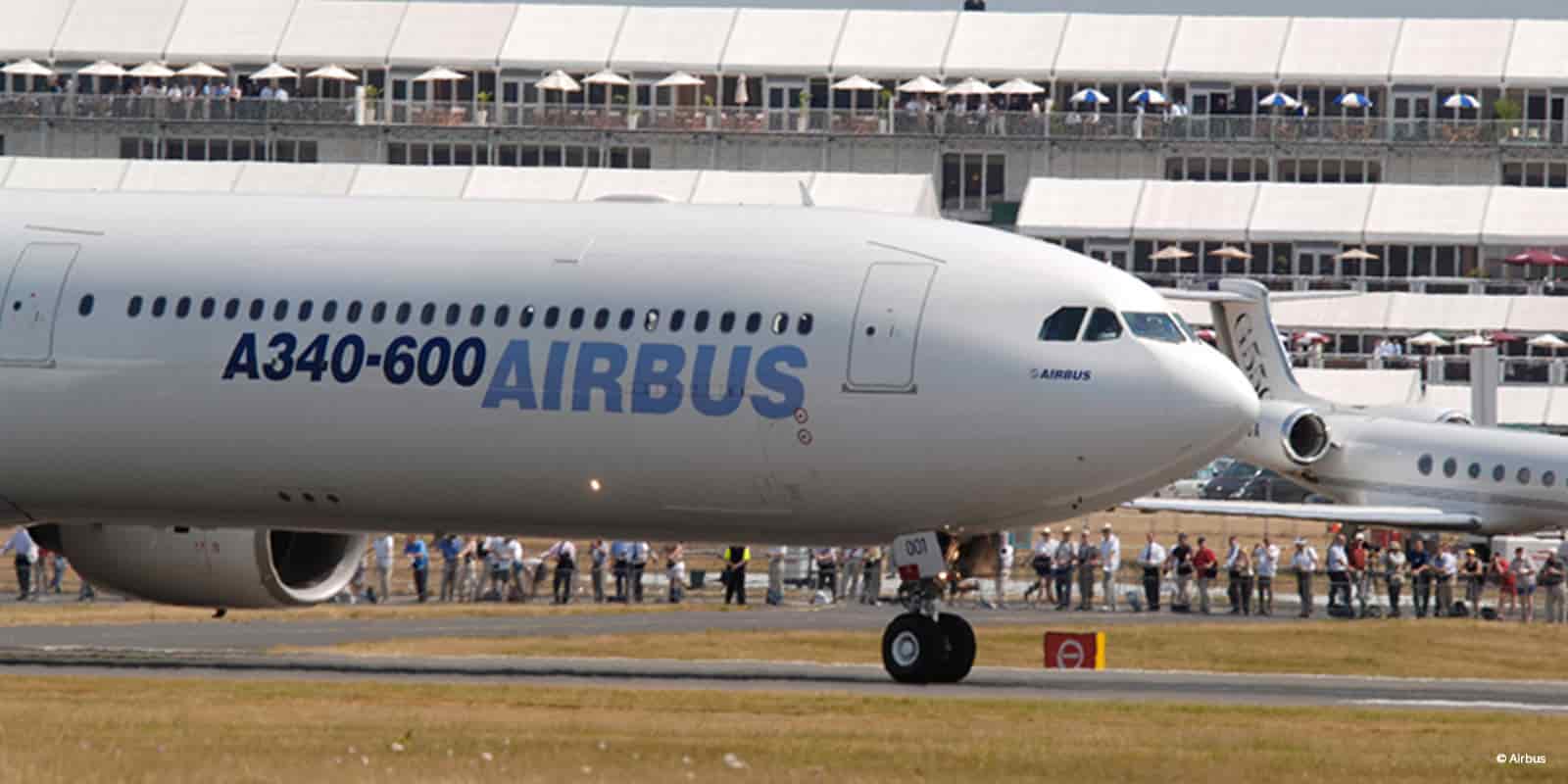