The Embraer ERJ 145 family is manufactured by the Brazilian aerospace company Embraer. Family members include the ERJ 135, ERJ 140 and ERJ 145, as well as the Legacy business jet. The ERJ 145 is the largest of the group. Powered by turbofan engines, it is one of the most popular series in regional aviation. The ERJ 145LR is a long-haul aircraft with increased fuel capacity and upgraded engines. The ERJ 145XR is an extra-long range aircraft including numerous aerodynamic fuel-saving improvements, a fuel tank (aft location) in addition to the two main larger capacity wing tanks, increased weight capacity, higher top speed and updated engines. 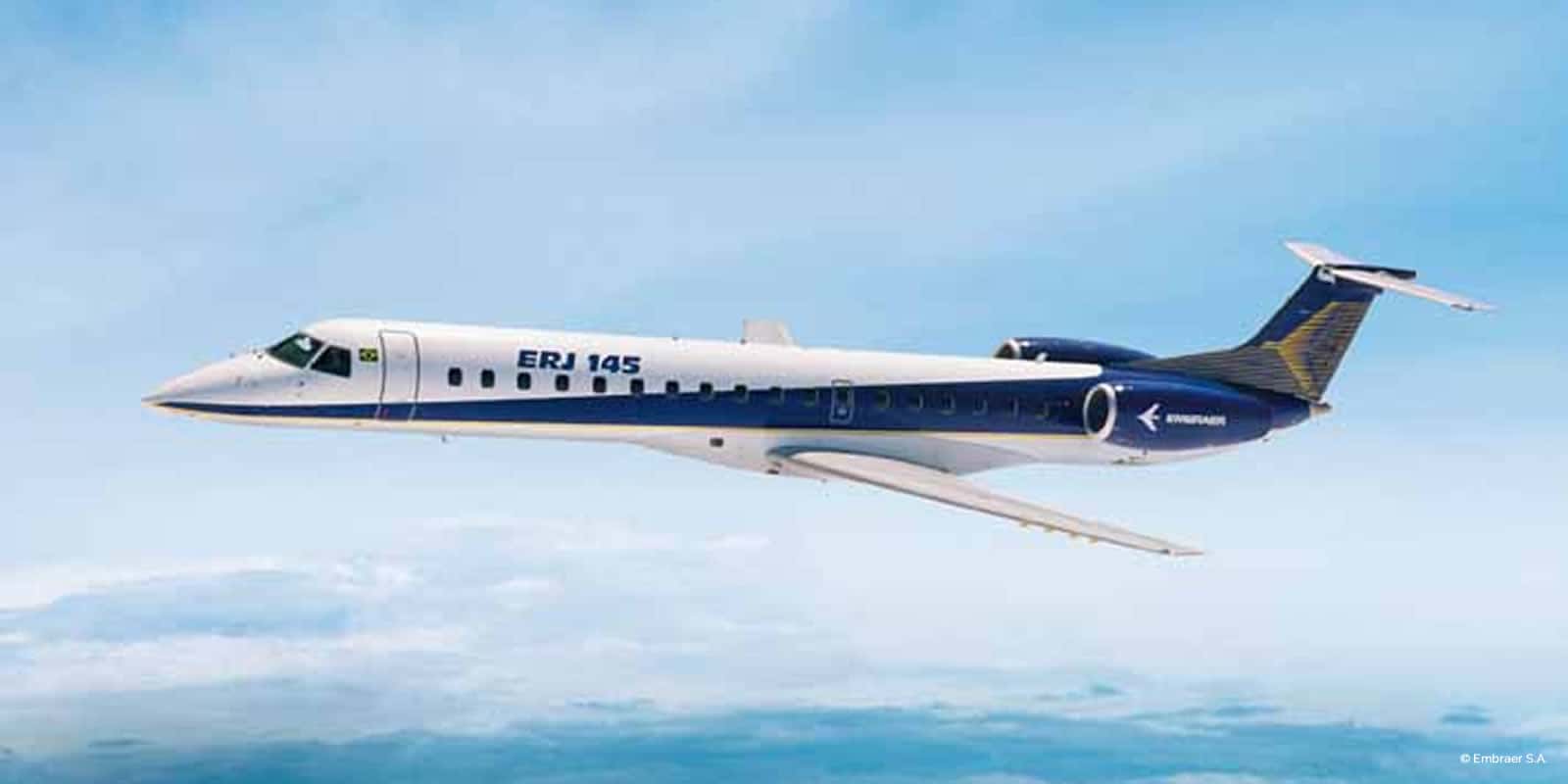